We spend time researching so you don't need to. Does Netflix Affiliate Program exist? Is it abandoned, temporarily offline or did they stop accepting new affiliates? What are the alternatives?

Does Netflix have an affiliate marketing program?

Unfortunately, no, Netflix does not have an active public affiliate marketing program that pays cash.

They used to have a public affiliate program during the early stages of their growth.

So, what are your options?

Check the comments section below. You can show your interest in this program and join the discussion between affiliates & Netflix team.

The company's primary business is its subscription-based streaming service which offers online streaming of a library of films and television programs, including those produced in-house.

Netflix's initial business model included DVD sales and rental by mail, but Hastings abandoned the sales about a year after the company's founding to focus on the initial DVD rental business.

Netflix expanded its business in 2007 with the introduction of streaming media while retaining the DVD and Blu-ray rental business.

Since 2012, Netflix has taken more of an active role as producer and distributor for both film and television series and to that end, it offers a variety of "Netflix Original" content through its online library.

The company also has offices in Brazil, Netherlands, India, Japan and South Korea. 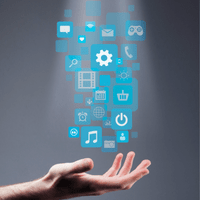 You can find comments about the Netflix Affiliate Program in this section. We welcome all program-related discussions.

Discover the best and most profitable niches for affiliate marketing in January 2023.